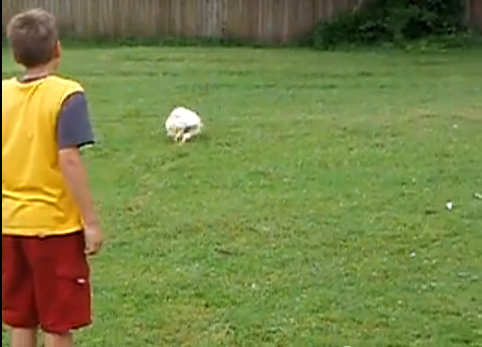 A video of a decapitated chicken dancing and flapping its wings round the farmyard while children laugh and giggle is causing quite a  stir on You Tube.

People watching the video fall into two opposing camps. For those who voted the video down this a typical comment

But others are not so upset by it.

I love reading self-righteous crap from people who will later go out for Chicken McNuggets.

Althoug the headless chicken looks like its dancing it isn’t really. When a chicken has its head cut off, adrenalin stored in its muscle tissue causes the bird to have convulsions. These make it appear that it is flapping its wings and give it the sensation of wildly running.