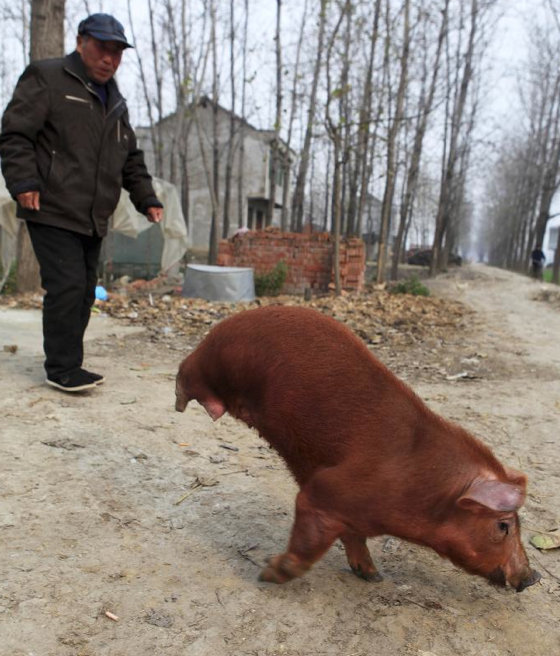 Hailing from China’s central Anhui province and born in July 2011 without its two hind legs, this odd two-legged wonder pig is causing a stir online due to its strange walking technique. Nicknamed “Strong Pig” it has learned to balance its over 66 pounds of pork on its two front legs and wobble around.

It’s not the first pig to learn to walk on two legs, this 2 legged pig named Putol was born in Quezon City, Philippines in April 2009.

View all posts by Staff Writer

The stories might seem to weird to be true, but they are not fake. We strive to check their factual accuracy. We are not in the business of promoting fake stories.